Luz in the News 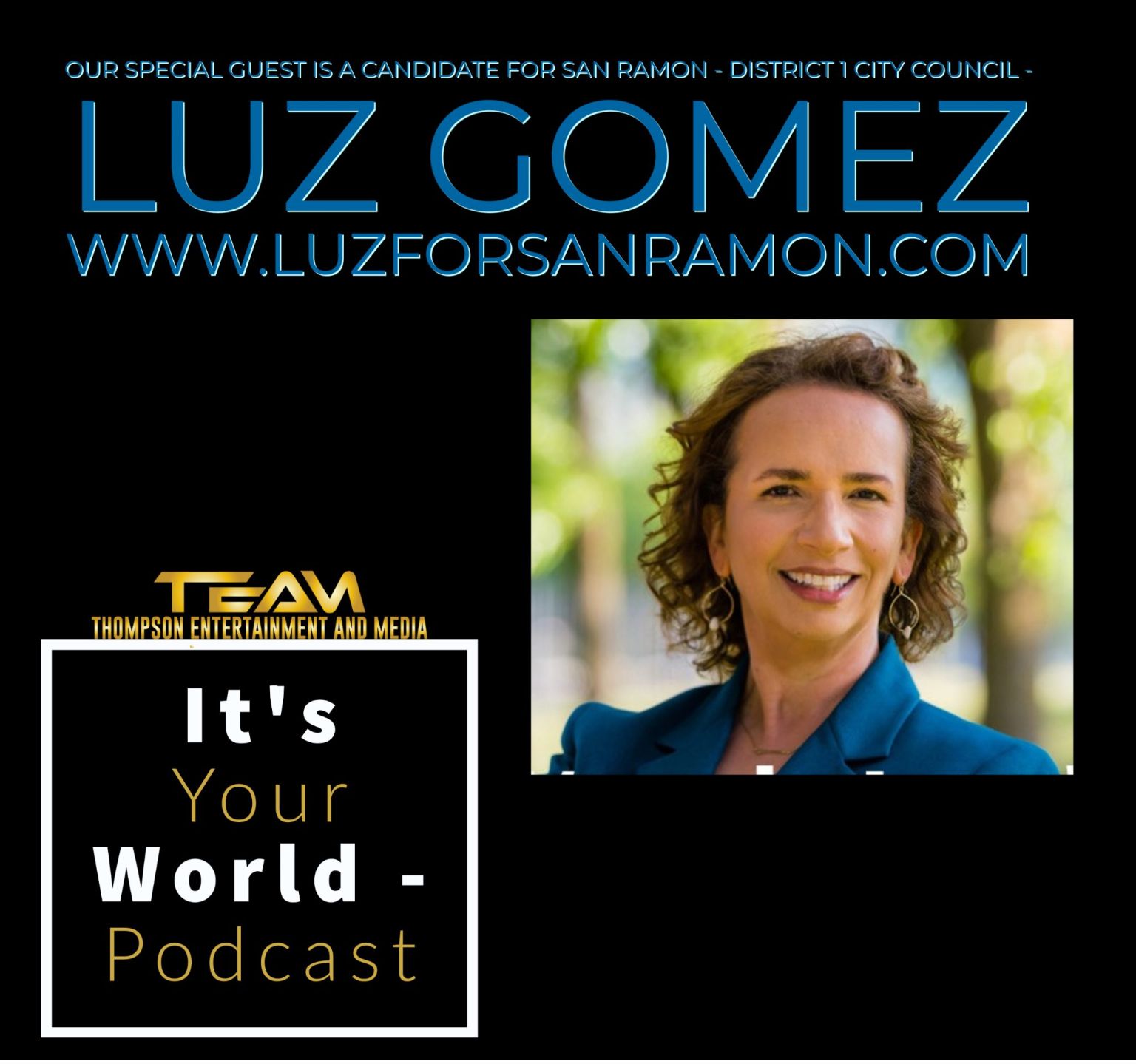 "Luz Gomez, a 40-year resident of San Ramon, said the environmental impact report was not adequate because it did not account for the cumulative traffic impact. She also noted that the project’s 40 acres of parks are less than half of the number called for in the city’s general plan.

“I’m disappointed that this vision for the future, the closest thing that San Ramon will ever have to a downtown, is moving forward so quickly that many residents have not had a full opportunity to weigh in about this,” Gomez said, urging the commissioners to delay approval. Gomez is a City Council candidate, running for the District 1 seat against incumbent Scott Perkins." 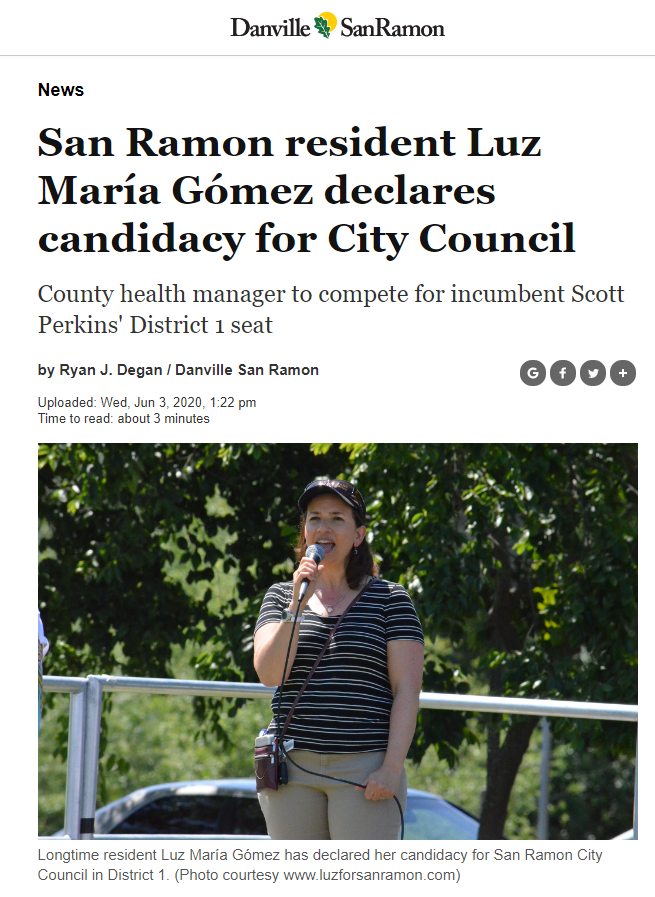 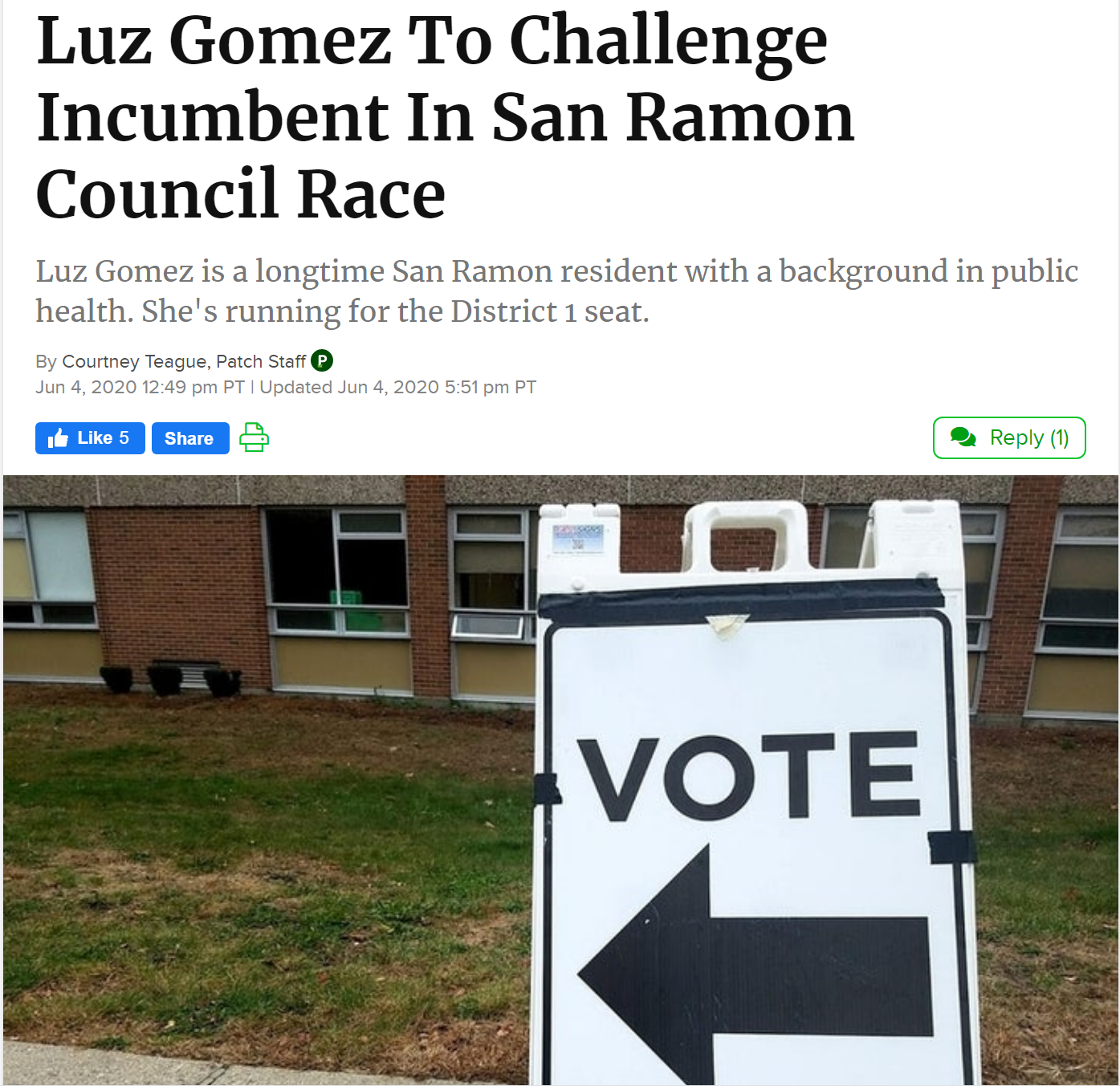